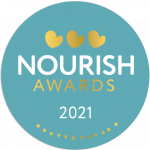 William Shakespeare said that “beauty lives with kindness”, and if this round-up is anything to go by then we have a positively gorgeous bunch of people on our list this week.

At Gosh! We believe kindness is key and we’re always on the lookout for fabulous people doing amazing things. Share your acts of kindness with us across social media with #GoshKindness.

1. Mo Salah visits fan who ran into a lamp-post whilst trying to meet him 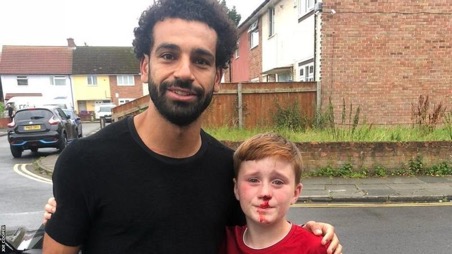 Liverpool striker Mo Salah paid a visit to a young fan injured during an attempt to meet his footballing hero. Louis Fowler, 11, was chasing after Mo’s car as he headed to training, but was so distracted by the prospect of meeting the player that he ran into a lamp-post and suffered injuries to his face. His step father said: “”He’d seen one of the boys had hurt himself and he had the decency to drive back into the close to check that he was OK. No-one could believe it. Everyone was gobsmacked. Mo asked if the boys were all right and gave them a big hug, which was what they both needed. They were made up and Louis forgot all about being injured.” 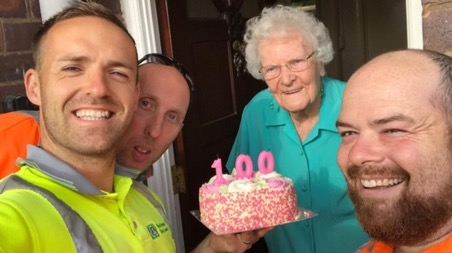 Ben Bird, a binman in Birmingham, melted hearts when a video of him delivering a birthday cake to a 100 year old woman surfaced online. Dorothy would always stop to talk to Ben during his rounds, and he promised when she made it to 100 he’d be sure to bring her a cake. Sure enough, when she reached the milestone this week, Ben showed he was true to his word and Dorothy was moved to tears when presented with the act of kindness.

Mevan Babakar, 29, took to Twitter to ask for help tracking down a man she remembered from her time living in a refugee camp in the Netherlands after she and her parents fled the Gulf war in the 1990s. Mevan couldn’t remember the name of the man, but shared an old photo along with fond memories of his kindness, specifically an occasion where he’d bought her a bike for Christmas when she was just five years old. Soon the tweet went viral, and this week Mevan was put in touch with Egbert, where she was able to thank him for the gesture all these years later.

After 3000 RTs, 3 news articles, 1 video and thousands of wonderful messages from around the world, @Arjen78 made contact with the family!

Guys, I knew the internet was great but this is something else. https://t.co/H4qmL1uVqQ

We love seeing how kindness spreads, so if you’ve seen an example of kindness you’d like to share with us email us at hello@goshfood.com.